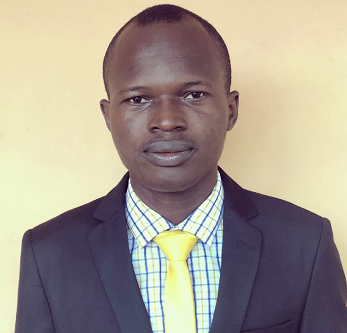 Is the YEM cryptocurrency more valuable than Bitcoin?

Why is the YEM cryptocurrency more valuable than Bitcoin? YEM or Bitcoin? What is the digital currency YEM and why does Bitcoin have no future as a currency? Read all about the Rainbow Currency (YEM) here.

Investing in cryptocurrencies has become one of the preferred assets of high-yield, high-risk investors in recent years. However, the proportion in the respective portfolios is generally rather small due to the high degree of speculation of this investment. Nevertheless, it also happens that these investments are made in investment funds and even pension funds or on a private basis.

Bitcoin is undoubtedly the best-known cryptocurrency so far. And as with all successful products, several thousand competitors have emerged. Some of them have some interesting additional features, such as Ethereum, its blockchain, and the ability to set up smart contracts.

However, the vast majority of cryptocurrencies do not contribute anything new to what is already on the market. They are usually only very speculative products. Many of them disappeared very quickly.

Blockchain technology was developed by a man or group called Satoshi Nakamoto. Bitcoin has certainly made history and technology will determine our future.

Who visites crypto currencies such as who owns Bitcoin, did not usually do this in order to shop with it. The coins were bought as an investment. Bitcoin owners hope for a high return on their investment. But Bitcoin will never become a real digital currency with which you can shop worldwide.

Now some Bitcoin owners will say that you can also pay with Bitcoin in restaurants or hotels etc. But that's a delusion. Why? Because companies may now accept Bitcoin for a short time, Bitcoin directly through their providers such as bitpay or similar. right back in Fiat money To deceive. Why is that?

Because Bitcoin is subject to very high volatility. Because nobody wants to take the risk. Nobody really knows today what Bitcoin will be worth tomorrow or the day after tomorrow. Can I buy a car tomorrow for the Bitcoin amount X, or just bread? Thus Bitcoin is completely worthless as a real currency in this regard.

Because volatility is an absolute killer of every currency. A really real one Currency needs stability.

YEM - the digital currency of the future

The main purpose of the rainbow currency and this foundation is to create value and stability for the world of cryptocurrencies by building and expanding a real economy where YEM is the only accepted form of payment.

Incidentally, the cryptocurrency YEM is one of the very few digital currencies that meet all the requirements of the Federal Ministry of Finance regarding its function as a replacement currency for the euro.

Some may wonder: Why have I never heard of this coin when it is so big? Has success? That too is deliberately controlled and wanted and makes sense. Everything should have an absolutely stable basis before it goes viral. Now it is time.

The number of users and transactions increased exclusively through word of mouth from its previous users and only by individual invitation. YEM currently has over 1 million coin users and YEM wallet holders, more than 2 million transactions and a total volume of more than $ 4,7 billion in just over a year. These are solid numbers from a very well-founded project.

Why is this currency YEM, which - with its sub currencies - far outperformed Bitcoin, is not listed on CoinMarketCap or on the well-known exchanges?

For reasons already mentioned, it is not of interest to include the currency YEM in CoinMarketCap lists, since this list is only of interest for cryptocurrencies whose main use is speculative. As described above, the main function of the digital currency YEM is to build an economy around this currency. And given the great successes so far, this strategy is perfectly aligned.